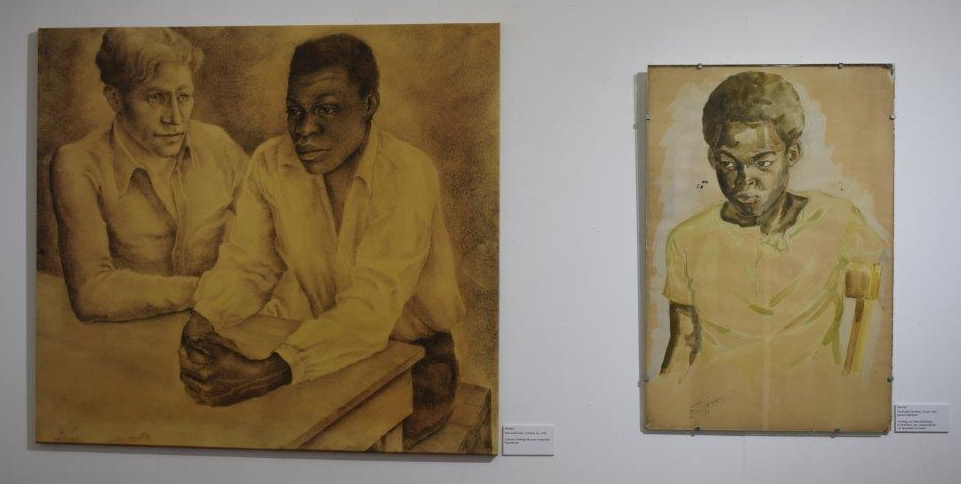 In the run-up to the exhibition Surinaamse School, which will be on display in the Stedelijk Museum Amsterdam in late 2020, writer and Nola Hatterman expert Ellen de Vries, who also took the initiative for this exhibition, will be writing regular blog posts centered around Nola Hatterman in the coming months.

‘An, I hope to arrive in Paramaribo on Tuesday April 19th [1984]’, Nola Hatterman wrote in a letter to her dearest friend Anita Berggraaf shortly before leaving Brokopondo for her trip to the city. She remembered that time 30 years ago – it was actually 29 years – when on April 17th of 1953, she began her journey to Suriname on the ship ‘de Cottica’ from the KNSM Warf in Amsterdam. She ended the letter with the noteworthy request to convey her greetings to all the dear people in Paramaribo.

Countless kilometers overseas, on the evening of May 8th 1984, the phone rang in the home of Maud de Lang, another very good friend whom to Nola’s regret, had moved to Curacao. The physician Rob van Kanten, an acquaintance of the family De Lang, was calling to convey the sad news that the lifeless body of Nola had been brought in at the clinic of Paranam. Resting on her chest was the bloodstained portrait of Maud de Lang. It was Nola’s favorite painting. She had chosen it for the group exhibition Identiteit that was to open in Paramaribo on May 19, 1984. Along the way from her home in Brokopondo-Center to the city, where she was going to take care of some final preparations, the taxi driver lost control of his vehicle. The car rolled over. Nola, 84 years old, died instantly.

I began my biography about Nola with her dramatic death, which could have served as the perfect opening scene of a motion picture.  To be exact, with the poem Wan de mi sa dede. One day I will die … ending with the words ‘Sranangron sa teki mi/En blaka anoe sa beri mi (…) Surinamese soil will take me in/And black hands will bury me’. She wrote this in Amsterdam, before she had ever set foot in Suriname. Her prophecy aroused my curiosity and became the point of departure for my research.

As a biographer you delve eagerly into every source to learn more about the main character of your book. You dig through garbage, browse newspaper articles, books, photos, diaries, exhibition lists, peek into wills (Nola had no less than five made!) and track down living friends or – indispensable for a good story – enemies. To me, a location was a not to be disregarded, meaningful source. I had to see, feel, hear and smell the place where my character roamed in a completely different era.

It is 2007. In order to acquire that historical sensation, I get into a taxi and drive in the opposite direction from Paramaribo to Brokopondo over the dusty, crimson-colored bauxite road. Nola’s fatal accident transpired in the early morning. According to the death certificate, at kilometer 56, on the border between Para and Brokopondo at Lantiman Kampoe. It is dark when I arrive there: a deserted holiday resort where a lonely Indigenous man stands guard. No, he didn’t know Nola.

I visit the Katholieke Begraafplaats [Catholic cemetery] at the Schietbaanweg together with her former student Rinaldo Klas. At the head of the white-blue tiled tomb, rests a remarkable artwork. the letters of the saying beneath it ‘Een volk spreekt tot de wereld door zijn kunstenaars’ [A nation speaks to the world through her artists], are faded. Symbolic of her legacy? I cannot and will not believe it. After all, a street and the art academy that is currently led by Rinaldo have been named after her.

Standing by her open grave at the time of her burial, Doelmajid Soekinta spoke a word of farewell on behalf of all the former students: ‘Goodbye teacher, until we meet again teacher’. Just like always. A bit awkwardly, because the relationship with Nola was somewhat blurred. The spirit of former student and artist Jules Chin A Foeng who died in 1983, may well have been quietly listening in from his own tomb a bit further down. With him, Nola had become embroiled in – as you might now say – a post-colonial conflict and a school struggle. The cemetery could be read as the lines on her hand.

Soekinta standing next to his drawing / PHOTO Rinaldo Klas

For the exhibition Geen kunst zonder kunnen. 40 repro’s van Nola Hattermans mooiste werken, which was on display in Readytex Art Gallery until the 29th of March 2020, curators Rinaldo Klas and myself selected 11 – related in theme and style – works from her students.

For Rinaldo Klas, Kenneth Flijders, Soeki Irodikromo, Jules Brand-Flu and Doelmajid Soekinta, who are physically present at her exhibition, the atmosphere from those days long past, returns for a fleeting moment as they walk by the works of Nola. Nola who distributes paint sparingly, hops through the classroom, gives direction, shows her approval or disapproval. She didn’t think much of abstract art, Soeki remembers without resentment. She found it ‘nonsense’. But without Nola he wouldn’t be standing behind a painter’s easel, but in the rice fields.  The institutional struggle between the abstractionists and the realists belongs to the past. Ideological battle axes have been buried.  ‘This is Nola’s night’, Glenn Fung Loy – an admirer of Chin A Foeng and former director of the art academy AHKCO – swallows any possible criticism of Nola’s work method.

Before taking my flight back to the Netherlands in the evening of April 8 2020, I visit her grave as has become my tradition. This time, together with artist and former student Jules Brand-Flu, I lay down palulus [heliconias]: her favorite flowers. Sentimental? Definitely. Sorry. Sometimes she gets under my skin too much.

©Copyright of Nola Hatterman’s work belongs to the heirs of Hatterman.

Statement Ellen de Vries: “After my biography Nola. Portret van een eigenzinnig kunstenares (2008) I was never able to get Nola Hatterman (1899-1984) completely out of my brain again. Is a quest like this ever finished? No. Does such a journey alter your view of your main character? Yes. It even altered – travelling from the distant past back to the present – my view of my own world. And that is as it should be: A portrait that talks back.”

Nola Hatterman’s art would have been on display in Museum Fort Nieuw Amsterdam in Suriname, from April 2020. This has been postponed indefinitely due to the COVID-19-crisis.

At the end of 2020, her work will be part of the exhibition Surinaamse School in the Stedelijk Museum Amsterdam. The curators of Surinaamse School are: Jessica de Abreu, Claire van Els, Mitchell Esajas, Carlien Lammers, Bart Krieger and Ellen de Vries, and Chandra van Binnendijk is advisor. This project was initiated by Ellen de Vries and is based in part on her research into Nola Hatterman.

One thought on “One day … so many years later – Ellen about Nola, a moment of reflection I” 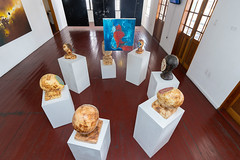 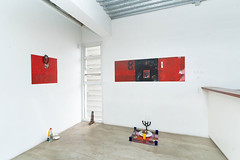 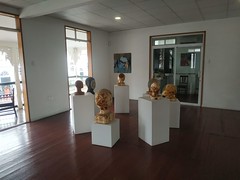